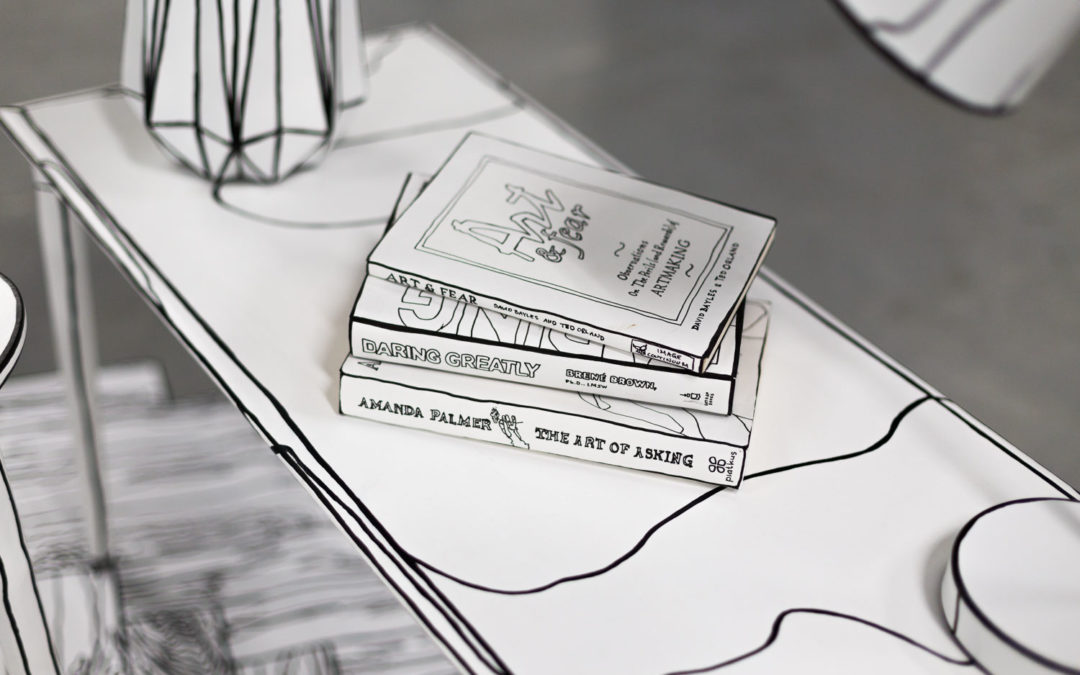 This interview was published on the blog of Create! Magazine on January 22, 2019 as an extension of a print feature in Issue 12 of the magazine. Original post can be found here.

When did you first start experimenting with the idea of experiencing and interacting with a drawing? What sparked that idea?

My first experiments began in university during my Master’s degree studies. Learning about contemporary art and what was popular in the art world left me feeling like drawing as a medium was somehow not “enough”. I experimented with video art, installation and performance. But when the time came to pick my Master’s curriculum I discovered that the only class taught by my favorite tutor was a graphics module. That scared me a lot! This tutor had become my mentor and pusher of boundaries and as a painter himself, he always had the toughest questions and harshest critiques for students working with painting and drawing. At first, it was difficult, drawing felt too limited and too traditional to think outside the box. So I began considering mixing it with other mediums and slowly I was able to imagine drawing become so much more than marks on paper. Since then it has kept proliferating in my mind: my artistic practice cannot keep up with my vision of what drawing can be.

What was your experience like shifting from drawing in a more traditional way of creating installations?

Growing up, drawing had always been my “thing”. Then in my first years at university, I completely neglected it because I discovered that all of my favorite contemporary artists were making big shiny work, conceptual installations, and sensory environments. I can still remember the lightbulb moment when I realized I could marry drawing with video and installation art. It was pure joy and felt like I had found my artistic voice. I could at last combine the craft that had shaped my past with the scale and feel of art that had so much inspired me and what I was striving for.

Based on your artist statement travel has played a big part in your life, how has traveling so much affected your art making?

On the one hand, there are the constraints of time, space and available tools, which largely dictated what I could and could not do for many years. I spent a lot of time on a boat where the only medium readily available was photography, so I documented my encounters. This provided a lot of material and inspiration for when I turned to digital drawing (and mixing drawing with photography). It was easy to pack a graphic tablet and take my work with me wherever I went.

On the other hand, there are the personal and cultural effects of moving countries and living in different parts of the world. It is difficult to put into words but it has been an important theme in my work. My Master’s thesis was about the “in-between” – the ever precarious space in which one is divided but at the same time made whole by cultural differences, language barriers, and patriotic loyalties. For me the lines I draw between dark and light areas of an image or an object are like borders: they link parts of an image together just as much as they separate. Art has been my way to work through the enormous experiences of travel, the friendships lost due to distance and it has served as a comfort in times when I was yet again starting as a stranger in a new place.

What is your first step when starting a drawing that is going to combine more than one medium?

There are many ways to begin. When working on a site-specific project or for a particular event/purpose I start by looking at the existing space and use any constraints as my initial framework. Sometimes I have to ask myself how to simplify everything down to just one line and then build onto that.

Most often though I have these big visions rattling around in my head for a long time before I figure out a way to make something of them. For example, the body of work I am putting together right now has been gestating for years. It’s only in the past 18 months that I have been able to have space, the tools and the confidence to start bringing these visions into reality.

How has your artistic style changed throughout your career?

My visual style – or my handwriting so to speak – has been pretty consistent so far. It’s mainly my tools and materials that have changed over time. I think the greatest shifts have been in how and why I begin a project. In university years I was able to work a lot more conceptually – starting with a personal struggle or revelation and building an artwork around that. Then during many travels and changes, my inspiration came mostly from outside – from objects, places, and people I came across on my journey. And now it’s slowly changing again toward a more reflective and personal expression.

Do you have advice for our readers who would like to take their drawings off the drawing pad?

Begin to draw a line, when you reach the edge of the pad – keep going! Think big but simplify to the max. Try all the tools, surfaces and mediums you are drawn to or feel intimidated by. Regardless of how big and “unfeasible” your idea seems, try to make a prototype out of what you have at hand or can afford. There are so many ways to push the limits of art today: digital tools, virtual reality, 3D printing, street art… Or why not use mediums such as sound, fabric, social media or food to DRAW people together!? There is no limit.

Has creating installations changed the way you view drawing as a medium?

Yes! I have this huge passion for drawing now because there are no limits to it as far as I can see. I just love how simple lines can be so all-encompassing, I am obsessed with it.

Making digital drawing also brought a big shift in perspective for me. A few years ago I visited a large contemporary drawing fair in Paris, hoping to see how digital art was faring in the art world. It shocked me to find that a vast majority of work there was charcoal, pencil or ballpoint pen on paper. I only found one digital piece in the whole fair – and it looked like a pencil drawing on paper. That experience opened my eyes to what the art world at the time deemed acceptable as drawing. This notion had influenced me in my early years as a student, limiting my ideas of drawing as primarily a tool for preparation and practice. And so I believe it’s important that more artists use the most contemporary mediums and unusual tools available to make art and expand the notion of what a simple line of drawing could be.

My Top 3 Destinations in Fiji 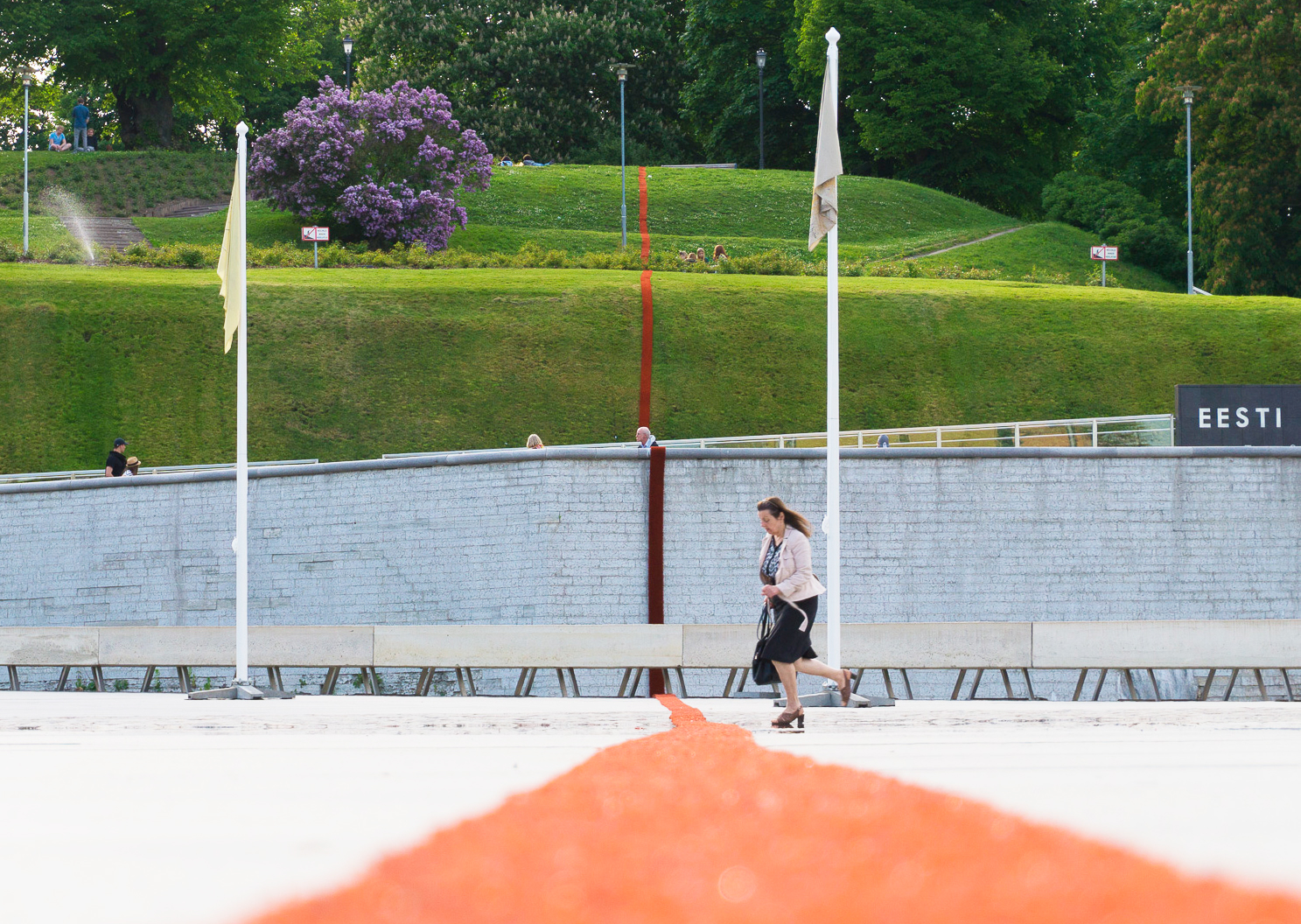